The late cook and restaurateur Kenneth Bell, who died at the age of 94, was one of the few chefs who brought sunshine and hope to a country that was still sunk in gastronomic gloom in the decades after World War II. His name has been associated with two extraordinary restaurants, Elizabeth Restaurant in Oxford from 1958 to 1966 and Thornbury Castle north of Bristol from 1966 until his retirement in 1986 and a third one right next door when he opened and installed Popjoys Restaurant in Bath in 1973 the young couple Stephen and Penny Ross to direct the show in the elegant two-story Georgian mansion next to the Theater Royal.

In the Elizabeth restaurant, carried by an enthusiasm for French and Mediterranean cuisine, he weaned many a pleasurable, if not hedonistic Oxford Don from the weary ornamentation of the college high table and taught needy students the taste of the right cuisine. When he moved to Thornbury, the only sign of trade was a small plaque in the castle shack saying “K Bell: Restaurateur” but the lucky traveler was able to eat his fill in the last castle built in Britain by a Duke of Buckingham who shortly thereafter lost his head to Henry VIII, who immediately installed Anne Boleyn for a weekend break.

In his early years, his dishes were often robust interpretations of provincial French cuisine (one of his favorite books was French Country Cooking by Elizabeth David, published in 1951), interspersed with the colors and flavors of the South in products like shrimp, rice, and aioli, or a good paella ( a suitable choice as his staff in front of the house were all Spanish). England was not ignored, however, as it was an early proponent of the restaurant standards Burnt Cream (creme brlée) and syllabub (which an early Good Food Guide had to gloss over as “a kind of cold zabaglione”), so we were lost to the idea that things like that come from the English kitchen). 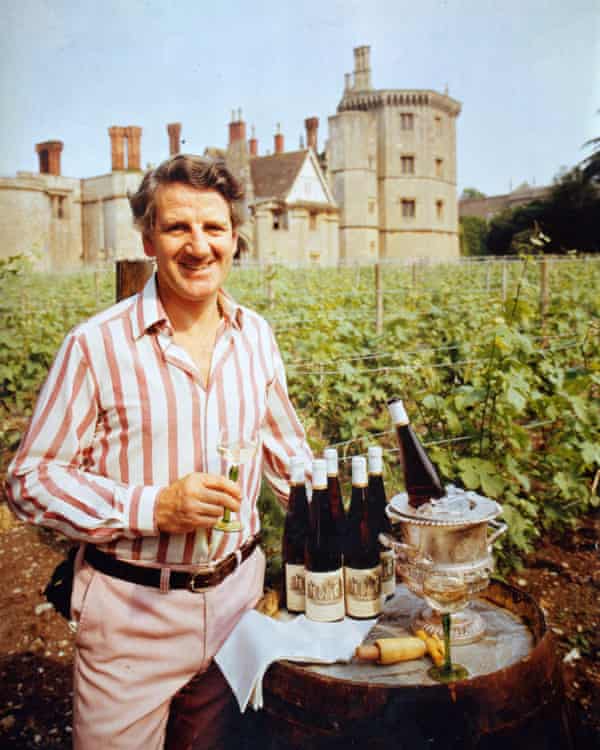 In Thornbury his style has taken on a certain weight. Cream sauces were very popular: chicken breasts filled with pernod and cream were a typical dish; cream-colored dauphinoise potatoes were constant companions. But he was also a lover of mousse and mousselines and even wrapped a salmon mousseline in pastries. It was his salmon mousse he made for a memorable dinner at Maxim’s in Paris in 1976 when travel guide editor Egon Ronay took five British chefs to cook a meal for French restaurateurs. “It could have a little more herbs,” was the Gallic judgment.

Kenneth was the third of four children of William Bell, a lawyer in Edinburgh, and his wife Ella (nee Phillips), whose family were brewers in Hertfordshire. Trained at the Edinburgh Academy, he almost missed World War II but did his military service with the Royal Artillery. He thought of becoming a regular soldier, like many of his mother’s family, but was turned down because of deafness. Nothing intimidating, and maybe with brewing and catering in mind, he enrolled at the Ecole Hotelière in Lausanne, Switzerland. There he graduated as the best of his year, which was unusual for a British at the time.

Not long after that, in the early 1950s, he took a job running the Old Bell in Malmesbury, Wiltshire, which they claim to be England’s oldest inn (founded in 1220), but perhaps to make a purchase He was denied this and instead won a wife, Jill (née Hawkins), who was then a nurse at Malmesbury Hospital.

The possibility of inheriting his father-in-law’s engineering business in Bristol fascinated him less than the sight of George Perry-Smith’s groundbreaking menus at Bath’s Hole in the Wall, where Kenneth and Jill lived at the time. This was the impetus to rent a tea room on the first floor opposite Christ Church in Oxford in 1958 and to open the Elizabeth restaurant with a non-English speaking Spanish waiter, Antonio Lopez (who eventually took over the restaurant himself). than his co-workers. For seven years the small oak-paneled dining room echoed with applause. The style was so emphatic and recognizable that when Lopez went on with the business, old customers could come back a decade later and think Bell was still in the kitchen.

Thornbury Castle was another fishing kettle. Bell bought it on his second try, as the ancestral residents had initially preferred an unsuccessful plan to turn it into a golf course. Its twisted, ornate and fantastic chimneys made of Tudor bricks, its half-ruined composition (the Victorians had a house built in a ruin) set it apart as one of a kind. Bell installed his budding family in the upstairs rooms and set about cooking for a dining room in the base of a massive corner tower. Over time, the castle received a vineyard (Müller-Thurgau grapes) and a pigsty with wild boar cross pigs (which sometimes escaped). Bell would also be recognized by all over the world: Egon Ronay Restaurant of the Year (the first such award) in 1967; a Michelin star in 1974 (the first outside London); and the finishing touches, MBE for Services to Gastronomy in 1973. It was said to have been promoted by Ronay himself, who was asked if there was anyone in the culinary world worthy of the honor.

While his relationship with these two restaurant guides was amic, it wasn’t quite so with the third, the Good Food Guide, which began cataloging a number of shortcomings in the castle’s offerings in the mid-1970s. This could be why Bell and others in the hotel and restaurant world joined the Times in a letter of complaint about then-editor Christopher Driver. It had little noticeable effect.

Bell sold Thornbury to American Maurice Taylor in 1986 and then moved to the Dordogne for a decade before moving back to Bristol and Cornwall in his later years.

He leaves behind his second wife Molly (nee Davy), three children Simon, Fiona and James from his marriage to Jill, who was divorced, and stepdaughter Jane.

Biden warns attackers from Kabul airport: “We will chase you”

Recipes for heatwave snacks, fresh from the garden | Eating & Cooking